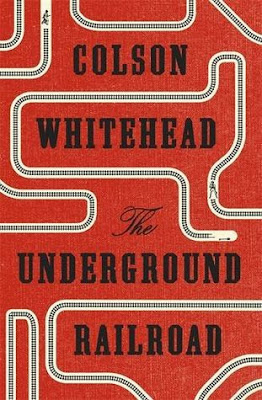 The Underground Railroad is the plightful journey to freedom of a young woman named Cora, from a plantation in Georgia, United States of America. Her grand mother, Ajarry was kidnapped from Africa and enslaved in America. Her mother Mabel was born into slavery, she supposedly abandoned Cora in search of her own freedom.
This book basically narrates the life of Cora in Randall's plantation, how she escaped, the people that helped, betrayed and hunted her. It is a novel that helps you understand the history of Africans in America.

"For we are Africans in America. Something new in the history of the world, without models for what we will become"

The book is painfully interesting because I know it is a historical novel even
though the story is fictitious. However, it makes you realise and understand the fight of  the African Americans, the unimaginable injustice they have experienced at the hands of their government, their being kidnapped, tortured and enslaved from the 16th till the 19th century, that is for over 400 hundred years just 200 hundred years ago. I think their story has not yet been told fully.

I enjoyed reading this novel despite the sad feelings. Even though I have read quite a few novels about Atlantic slave trade, they are each unique in their own different ways. For instance; The Book of Negroes by  Lawrence Hill published in 2007 would tell you how a young woman was kidnapped in West Africa and sold into slavery, however, it narrates on her life in Africa, in The Underground Railroad we know nothing about the life of Ajarry at her home town in Africa. Another novel I'd recommend is Ama by Manu Herbstein it gives you a different perspective, how the Africans were kidnapped, enslaved and shipped to Brazil (instead of the USA). The last novel I'd recommend on this theme is  Cry a Whisper by  Lucy Safo, a man is kidnapped from Africa, enslaved in America and luckily fought his way back to Africa to find out his kidnapping and enslavement was planned by someone in his household.

It goes without saying that I recommend.