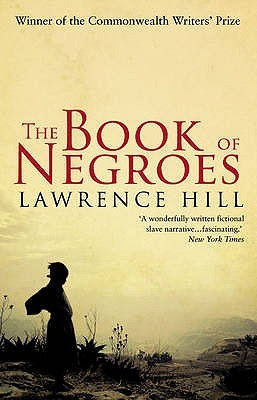 Aminatta Diallo born in Bayo, a small village in Western Africa, while returning from attending to a woman in labour with her mother she is abducted and sold into slavery at the age of eleven.

Her journey begins with the long walk towards the coast of West Africa to be shipped to the Americas. She survives the long walk and the sea, however she witnesses how her people were being dehumanised .

On her arrival, she is sold to the owner of an indigo plantation. Luckily, she reconnects with Chekura, a young boy with whom she walked the long walk and sailed the sea. They fall in love and try to form a family. The question here is, how do you really form a family when the law turns you into someone's property.

Her husband Chekura is sent away, she is resold and separated from her
son. One circumstance leads to another and she finds herself in New York, where she manages to flee to Nova Scotia as a Black Loyalist (British supporters during the American revolution). From Nova Scotia to Free Town (Sierra Leone) and finally London.

The Book of Negroes is a historical fiction narrated through the voice of an African woman who is forced into slavery. It gives a perspective of the history of the black person in the Americas, always held in bondage due to the colour of their skin and constantly fighting for freedom and survival. Forced into a system that submits them to poverty and eternal servitude in the most inhuman condition and never treated as equal citizen.

I highly enjoyed this novel, an enlightening read with a fast-moving story, such a page- turner. It was so an insightful read that I decided to investigate a bit more about the Black Loyalists, I found this website called Black Loyalists: Our History Our People it is a digital collections site that belongs to the Canadian digital collections but open to the public. Almost all of this novel is based on events found on the website.

It goes without saying that this is a must read, winner of  The Commonwealth Writers' Prize for Best Book Overall (2008). Thank you to my fellow blogger Reading Has a Purpose for recommending.