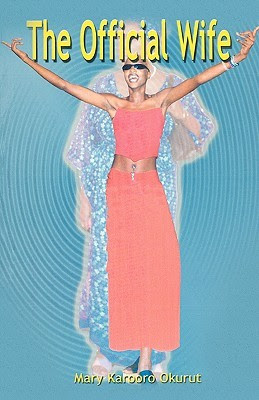 The Official Wife is the story of Liz and her husband, upper middle class Ugandans. She narrates on how her husband falls out of love with her and starts to love another woman and is determined to be a polygamist. Not only that, he also comes to be psychologically abusive. First of all he develops a tendency to promiscuity, has  an affair with the housemaid, disgraces his wife in front of her house employees. Liz, on the other hand, instead of walking away from a man that apparently do not value her worth, she decides to win back his love. One of the most demeaning chapter to read was when she learns the name of the hotel and the room number where her husband is lodged with his lover, she decides
to go put up a fight (why do that?). The things both women say to each other because of a man makes me cringe.

First of all, I want to tell Liz that she has no business fighting the woman her husband has decided to love and marry, it kind of makes him evade his marital responsibilities. The only person you can hold accountable for what happens in your marriage is you and your husband.

This is a novel I tried very hard to enjoy, however, I couldn't. I do not like the way marriage is being represented, first of all it is not a do or die affair, upon Liz's education, it is something she fails to comprehend. The things she puts up with in order to preserve her marriage is sickening. Secondly, neither should you fight nor compete with another woman for the love and attention of a man. If you have problem with your husband sort it out with him, put the blame on him (if need be), however, do not try to hold your fellow woman accountable for his actions as if he were a child. In addition, marriage is not a competition, neither is it an ultimate achievement, if you find yourself being physically and emotionally abused by your partner, it's high time you consider putting an end to your relationship. I cannot like a book like this as I strongly believe that women should have same rights, power and opportunities as men, it should most importantly be reflected in their relationship.

The Official Wife is written and published in Africa by Fountain Publishers Kampala Uganda Mary Karoor Okurut is politician, a writer and an educator. She is currently a Minister in the Uganda's cabinet. An interesting narrative on polygamy and infidelity.