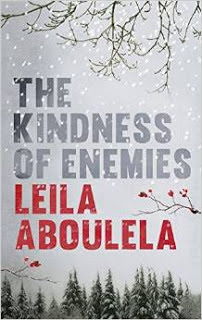 Leila Aboulela has written another book, expected to be published on the 13th of August 2015 by Weidenfeld & Nicolson.

"Natasha is researching the life of Imam Shamil, a nineteenth-century warrior who battled to defend the Caucasus against Russian invasion. She uncovers a story of bravery and loss, and of captives traded between wild mountain hideouts and the refined court of the Tsar. The tale of Shamil and his lost son comes shockingly to life when Natasha realises that her star student, Oz, is descended from the warrior. Quickly, she becomes drawn to him, and to the alluring world of his family. But Natasha soon realises she is not the only one with
an interest in Oz, and in what he might be hiding. As suspicion around him intensifies, Natasha realises everything she values stands in jeopardy".

Do you look forward to reading her latest novel?