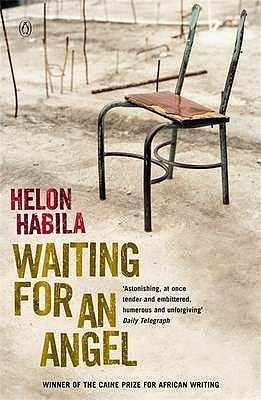 This novel started with Lomba in prison, a political detainee in total loss of hope. Upon that, his prison superintendent punishes him for clandestinely writing poetry. How dare he! In the process of his punishment, he discovers that he is, actually, a good love writer. Why not take advantage of his writing skills? After all, he is only a prisoner and has no choice. At that moment, Lomba has been in prison for two years still awaiting trial.
Two years before: Lomba a brilliant and creative student looks forward to being a novelist. In one of his University outings he visits a fortune-teller with his friends and he is particularly told that prison is all that is seen ahead of him. He shrugs it off. Later on, his room mate Bola (brother-like), loses all of his family member in a fatal car accident, so stressed out that he ran mad. Simultaneously, riots along with military brutality are in high gear in their university. And then  the strike. Lomba drops out. As a result loses contact with the girl he dearly loves.

I also promised to meet you the next day when I left you in the morning, a happy smile on your face. I had a happy smile too. we were not to meet again for over three years- because my friend went mad, because of the riots, because I dropped out of school because of many things. what was a mere promise in the face of all these cataclysms?

Yes they met three years later but in different circumstances. As a university dropout, life becomes miserable, no jobs, his country Nigeria is under a military dictatorship. James Fiki a magazine editor hires him as a reporter and makes it clear that there is no future for novelists in their country. None of his novel would ever get published, even if it was, no body would buy it in the country since the majority of the population are starving and it would not make it out of their borders since they are being sanctioned by the international community due to the state of their government. Lomba had to conform as a  magazine reporter ( at least he is writing at all) which finally led to his illegal detention, anyway.

Waiting for an Angel is an outstanding and striking novel, its narrative is in form of interlinked short stories. Which could as well stand independently. Helon Habila actually won the Caine Prize in 2001 with one of them. I find it creative as it is written in the first person narrative through different voices with an author who is omniscient. This novel is nothing short of meritorious. Highly recommended. Lastly, I have this inkling that the writer is mostly referring to his own experience in this novel. All the same, I look forward to reading more of his works.

One of my favourite quotes from this novel among others, in this case when referring to the prison superintendent:


He was just Man. Man in his basic, rudimentary state, easily moved by powerful emotions like love, lust, anger, greed and fear, but totally dumb to the finer, acquired emotions like pity, mercy, humour and justice.


Let me also add, that this novel is the 2003 Commonwealth Writers' Prize: Best First Book, in Africa. Another addition to my challenge.