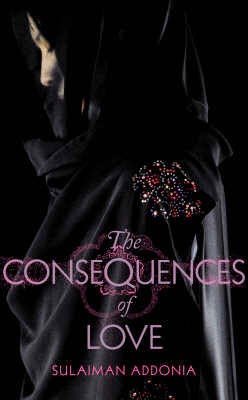 When war erupted in Eritrea, Naser's mum had to smuggle her children out of the country to a "supposedly" safe Jeddah, in Saudi Arabia with their uncle, while she stayed behind. Few years later, Naser was kicked out of his uncle's house. He was accused of being an apostate. Quite hypocritical on his uncle's behalf, since he sexually offered his nephew to their Kafeel. As I learnt from the novel, Kafeel is a sponsor, all immigrants in Saudi Arabia has to be sponsored by a Saudi. The Kafeel system gives full control to the Saudis over the lives of the foreigners they sponsor. They have the power to withhold the passports of those under their control and deport them whenever they choose. So, you could imagine what such hierarchy involves.
As Naser was abandoned by his uncle in the streets of Jeddah, he went through circumstances where he was sexually exploited. Which, was even justified by his perpetrator...

"My dear, in a world without women and in the absence of female glamour, boys like you are the perfect substitute. Why hide your attractiveness and your tender physique like a veiled woman? You are the closest my customers have to a beautiful and sensual person roaming freely in their world"

Fortunately, he managed to fall in love with a veiled woman in a country where falling in love is a crime, where lovers stand the chance of being lashed in public or stoned to death. In "The Consequences of Love" you will find out how a love affair unfolds in a society as oppressed as  Saudi Arabia.

This novel was narrated through the eyes of a young adult, a twenty year old Naser, meaning that the narrative was rather simple, though the content was deep and most of the times troubling. I almost stopped reading because of the revolting images it conjured up. Men are forced to quench their sexual desire with young boys, since their women are under the veil. Sometime, this include sexual exploitation and abuse of young immigrants from war-torn countries.

I recommend, especially if you would like to know how a love story unfolds in a sexually oppressed society.