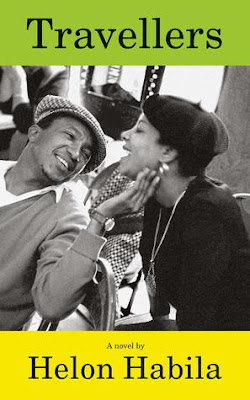 The main character whose name is not mentioned, leaves Nigeria to complete a phD thesis in the U.S.A, he marries an American, not the way his parents would have expected. However, one thing leads to another and he drifts around. This novel narrates on the people he meets along the way while travelling.

In Berlin, he meets Mark,  deep and mystical, a Malawian student with an expired visa dodging deportation. He comes across  Manu and his daughter Rachida, Libyans  who survive the
trip through the Mediterranean sea without his wife and son, every Sunday in Berlin he would go to Checkpoint Charlie waiting, hoping to meet her one day. The unnamed character comes face to face with Portia, from Zambia, whoose father, a writer, decides to live in exile. They both travel to Swiss in order to enquire about the death of her brother in the hands of a Swiss woman. While returning from Swiss to Berlin on the train, he bumps into Karim from Somalia, whose story I think is the most devastating of them all, fleeing from Syria through Bulgaria with his children. The last person he encounters this time is in London, Juma, who is ready to perish from his hunger strike rather than being deported to Nigeria.

These are stories that deserve to be told and Helon Habila tells them so meaningfully with elaborated characters. Travellers is a delight for literature lovers, it is so hard to put it down once you've started, it keeps on asking to be read.

I highly recommend, it will be published on the 20th of June, please grab your copy.