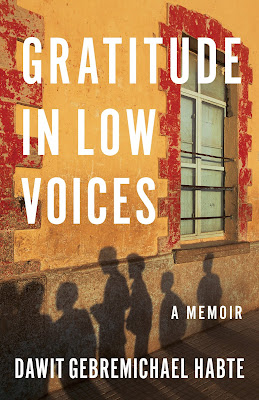 Gratitude in Low Voices is the inspiring story of Dawit, who had to flee his home country Eritrea in the throes of war to join his elder brother in the USA. Dawit narrates the flow of life coupled with some historical event . I found out Eritrea was Ethiopian colony.
The story started as usual, life was not perfect, but they were happy to be home, his father lived in exile as he was one of those who opposed the Ethiopian government, however, he never stopped caring for his family. In one of the ways he cared for his children was asking them to move from the village to the city where
they had the best schools.
Dawit and his siblings worked tremendously hard until the damages of the war became unbearable that he had to be smuggled out of Eritrea to Nairobi where he sought asylum. Fortunately, following that, he was able to move to the USA where he went back to school and later on was admitted to John Hopkins University. He worked for bloomberg and got to meet Michael Bloomberg, who supported him with his plans of returning to Eritrea and giving back to the country that birthed him.
Gratitude in Low Voices is an interesting and an uplifting narrative, simple and comprehensible, it is just Dawit telling his story. I learnt a lot about Eritrea, though, I would have wanted him to narrate more about his own personal life, as he was more into people who helped him make it in life, however, I guess that is the aim of the book. Gratitude.

I'd like to say thank you to Jessica Jonap for sending me an advance reader copy to read and to review. Book is coming in April 2017, I recommend to all and sundry. 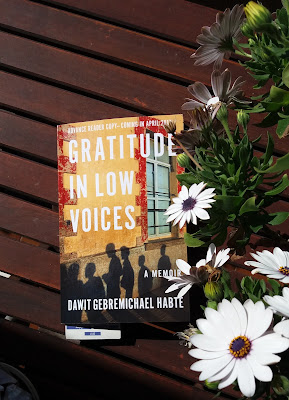