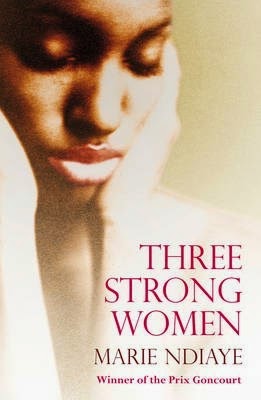 Obviously, this novel narrates the story (ordeal) of three women with immigration background in common.  The story started off with Norah. Abandoned by her father who kidnapped her little brother and made her mother go insane. Many years later after seeing her self through school with difficulty, she gave heed to her father's request to do him a favour since she was a lawyer. Seriously? After his psychological abuse and manipulation, you are going back to him? Not just that, he still makes you wet your pants in public? What is more, she is in a relationship with a man she strongly believes to be a failure. Are you kidding me? Why not just leave those that inflict suffering and pain instead of complaining all day long? Truth be told I do not find anything strong about Norah. Her actions and choices were simply annoying.
Secondly, Fanta, whom I did not get to meet, rather, I met her loser of a husband, Rudy Decas, with an itchy anus. Who would not stop blabbing about his misery. I stopped half way, could not put up with him.
Lastly, was Khady, the saddest of them all. Wretched and naive she was. Lost her husband who loved and appreciated her, moved in with her in-laws, who later on sent her away on a road journey to Europe where she let fate decide her destiny.

This novel was such an underwhelming and disappointing experience. The writing style left me unengaged, not sure who to blame, the writer? Or the translator? Since the novel was originally written in French. I was expecting a mind-blowing read and not unjustified pain and misery. Again, the title was downright misleading, though, after reading, one can easily guess that the writer was being ironic. Should I recommend? Unless you want more understanding of what I am talking about. Finally, I wonder what the standards are, by which prizes are awarded to novels.
Posted by Mary Okeke Reviews