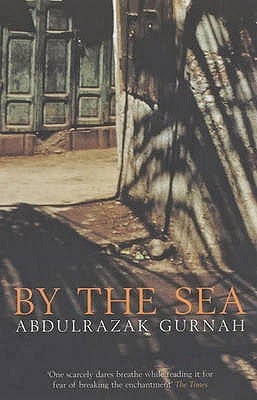 "How much danger is your life really in? Do you realise what you're doing? Whoever persuaded you to do this is not doing you any favours, let me tell you that....You'll be lonely and miserable and poor, and when you fall ill there'll be no one to look after you. Why didn't you stay in your own country, where you could grow old in peace? This is a young man's game, this asylum business, because it is really, just looking for jobs and prosperity in Europe and all, isn't it? There is nothing moral in it, just greed. No fear of life and safety just greed. Mr. Shaaban, a man of your age should know better."

The immigration officer had no idea what Saleh Omar had been through. He did not know that the man before him, in the last eleven years, had always been at the brink of loosing his life. Torn down by the consequences of dictatorship and a long drawn-out family drama that has just began to unravel. Actually, that began to unravel when he met Latif Mahmud with whom he is (mischievously) related to. There, before them, the story of their past began to unfold. The story of love, lost, betrayal, inheritance and possession that transpired during the independence transition of their country that ended up in a disaster.
Latif Mahmud who thought that Saleh Omar's has come all the way from Zanzibar to England to laugh in his face, to tell him that not only was he able to dispossess his (Latif's) father of their family houses but also he was brave enough to steal his name and seek asylum. However, he was mistaken. It has got nothing to do with pride nor bravery this time, Sale Omar knows better. It is all over, now it is a matter of survival and finding peace of mind.
"By The Sea" is a novel that narrates on a family dilemma many years later when most of the family members are dead or missing. One gets to understand that most of the time in life there is no guilty or not guilty, we are just responsible for our acts.
I am so excited to add another writer to my list of Favourite Writers, I am aware I have to read more of his works in order to completely make up my mind. However, I am hopeful that they would be as poetic and entertaining as "By The Sea", which was an engaging read. Quite a complicated story it was to narrate on, since many characters were involved; nevertheless, Gurnah wrote it in a way that would leave you without a shadow of a doubt. This novel is a good example of the meaning of being a good writer and having a strong story to tell. Unfortunately, both characteristic do not always go hand in hand.

Abdulrazak Gurnah was born in Zanzibar, a Tanzanian writer whose work has been shortlisted for the Man Booker Prize. At the moment, he is a professor at the University of Kent. By the way, my first read from Tanzania.